In the spirit of full disclosure, I personally own a pistol that has a stabilizing brace, much like the one in the photo above.

Little did I know that the federal government just might retroactively charge me even more. To add insult to injury, I would now have to be on a federal watch-list.

END_OF_DOCUMENT_TOKEN_TO_BE_REPLACED

One would think that a so-called “expert witness” would conduct his or hers investigation in an objective fashion. But when it comes to Derek Chauvin, not so much.

END_OF_DOCUMENT_TOKEN_TO_BE_REPLACED

While watching the Chauvin Trial today, I was somewhat perplexed as to why Sgt Jody Stiger of the Los Angeles Police Department was called as a witness for the District Attorney’s Office prosecuting former Minneapolis police officer Derek Chauvin.

END_OF_DOCUMENT_TOKEN_TO_BE_REPLACED

The official motto of Missouri is “Salus Populi Suprema Lex Esto”, which is Latin for “Let the welfare of the people be the supreme law.”

If you ask me, that’s a pretty kick-ass motto. Just a guess on my part, but I’ll bet that former Marine and current Missouri State Senator Bill White probably agrees with me.

After all, he’s the author of the Senate Bill 528, popularly known as the Minutemen of the State bill.

If made into law, this would be another tool in the governor’s toolbox if a “civilization-threatening event” should happen to present itself.

Under the auspices of Missouri’s Department of Public Safety, the governor must first gain two-thirds approval of the state’s General Assembly before activating the modern-day Minutemen.

As far as these folks being a last ditch effort, be it known that they, not the state, would have to supply their own “firearms, firearm accessories, ammunition, uniforms, equipment, and supplies necessary to perform any duties as assigned by the governor.”

If brought into being, membership is completely voluntary as well as the Dept. of Public Safety being the only ones who knows the members names and addresses. Perhaps to emphasize the point, anyone who makes membership known to the general public “shall be subject to a one thousand dollar fine per each name that is disclosed and a class E felony.”

Speaking of saddling-up with this crew, a member can resign at anytime. The only exception is that the individual is good to go until the moment the governor attaining permission of the Lower Chamber and then ordering the Minutemen activated.

One other interesting point, if activated, the members weapons, ammo, etc., “shall be property of the state for purposes of sovereignty and jurisdiction” while on active state duty. Thusly, protecting the Minutemen from having their firearms, ammo, etc., from being seized and/or taxed by the federal government.

If I may point out just how poorly alleged journalists report the news, the below news clip from KSDL, the NBC affiliate for St. Louis, claims that Sen. White claims the bill is a “necessary step to secure gun ownership rights.” Unfortunately for KSDK, not only did they;

Biden has already increased the national debt with an unneeded and completely unnecessary $1.9 trillion of alleged COVID relief.

END_OF_DOCUMENT_TOKEN_TO_BE_REPLACED

Sandy Cortez only has two things going for her. Those two things also have the words “Boston University” splashed across them.

END_OF_DOCUMENT_TOKEN_TO_BE_REPLACED

Joe Xiden has better things to do than to defend our stalwart allies in East Asia from any military aggression coming from Communist China.

END_OF_DOCUMENT_TOKEN_TO_BE_REPLACED

From personal experience, I can attest that having a concentration in sociology isn’t all it’s cracked-up to be. Not being a true science, as well as sociological “truths” that shift with the cultural tides, sociology rates right up there with the prognostications of fortune cookies and tarot card readings.

END_OF_DOCUMENT_TOKEN_TO_BE_REPLACED 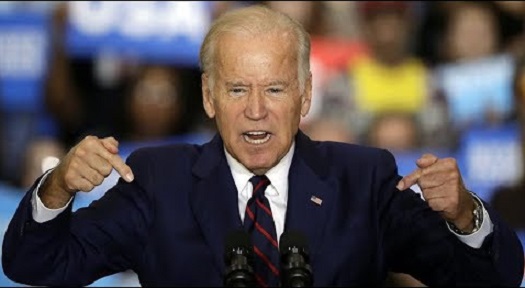 During today’s slow-pitch softball game held at the White House, Joe Xiden made sure he got his digs in against President Trump. END_OF_DOCUMENT_TOKEN_TO_BE_REPLACED